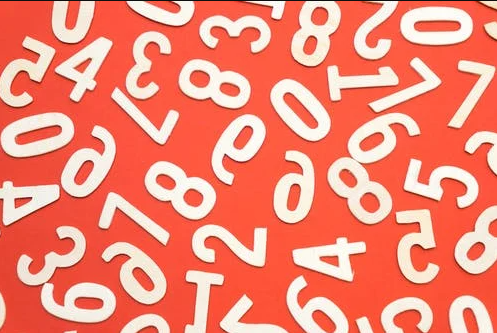 When it comes to large number counting, you may be familiar with hundred, thousand, million, billion and trillion but what comes after a trillion is what is quite confusing.

Are you unsure of what number comes after a trillion? Well! Don’t be worried; we’re here to assist you.

In this post, we’ll delve into all of the various numbers that follow a trillion. It should provide an answer to your inquiry on what comes after a trillion.

You will know the names of every significant number greater than a trillion by the end of this article.

I will show you the simplest tactics and suggestions for remembering the same and take it one step at a time because too much knowledge might be daunting at times.

Let’s begin our quest to find out what comes after a trillion by first understanding what a trillion is.

What is a Trillion?

If you are an internet marketer, who is making legitimate money online, then you will want to know about this because you will surely make trillion one day.

By looking at the graphic above, you can see all of the crucial big numbers, but what do they signify and how can you interpret them?

Extremely large numbers can be difficult to comprehend, if not impossible, but there are some ways for getting a broad understanding of how big they are.

Even though trillion is one of the smaller figures on the list, it is still a huge amount. If you tried to count to a trillion, it would take you around 31,709 years!

When compared to scientific notation, writing a large number out like way might sometimes offer a better sense of how big it is.

What about a googolplex, one of the chart’s huge numbers? A googolplex is a sequence of 1 followed by a googol number of zeros.

A googolplex is such a big number that it has yet to find a mathematical application, and some mathematicians and astronomers believe it is even larger than the number of atoms in the universe.

There are, however, numbers that are even greater than a googolplex.

Skewes was fascinated by prime numbers, and when his number was first introduced in 1933, it was dubbed the “biggest number that has ever served any specific use in mathematics” by a colleague.

Skewes’ number, on the other hand, has subsequently been surpassed by Graham’s number, which is now the world’s greatest number.

There’s so big that even if all the substance in the universe were transformed to pens and ink, it wouldn’t be enough to write it out completely.

How Many Billions in a Trillion?

You may ask, what comes after billion? The quick answer is Trillion.

What Comes After a Trillion?

The next number that comes after a trillion is “quadrillion“.

The numerals billion, gazillion, and prillion are all exceedingly large. If we use phrases like mega in front of them, such as “Mega-Million,” they can get even bigger.

People use these words because they are unfamiliar with the appropriate titles for larger terms or what comes after a trillion.

Easy way to identify what comes after a trillion (Quadrillion).

READ MORE:   15 Types of Gift Cards In Mexico & How to Redeem Fast

Summary: What Comes After Trillion?

A quadrillion is defined as 1 with 15 zeros, as mentioned earlier in this article.

There’s million, billion, trillion quadrillion, quintillion, sextillion, septillion, octillion, and so on until Graham’s number is reached. Knowing and remembering the names of enormous numbers is a good idea.

It can be useful in a variety of situations. For example, if you’re working with incredibly huge numbers or studying advanced mathematics.

Graham’s number is currently the greatest known number, as we discussed. We have no idea what will happen tomorrow. It could change if a new number is assigned.

However, for the time being, Graham’s number holds the record for the biggest number ever recorded. Remember, it’s so big and convoluted that we can’t even write it down, let alone conceive it.

Thanks for reading, I believed you have found out what comes after a trillion?

Kindly drop your comments, what do you think?